Why managers must be more AFFECTIVE if they want to be EFFECTIVE.

How you make other people feel determines how well your team performs. 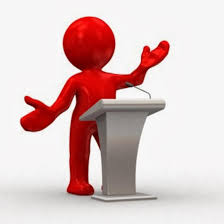 Be present, focused on people and interested in them. The feeling of someone enjoying your company is contagious and uplifting.
Try to think of everybody in your team as being a guest in your house. Are you thoughtful about their needs? The difference will show in your face: if you think ‘guest’ rather than ‘difficult person’, you will radiate warmth. We’ve all had to work hard to be charming to difficult people on our teams, and know how easy it is to let our displeasure or annoyance show – and that will simply make the difficult person even more difficult.
If you think of yourself as a host, then civility is the name of the game. People who look happy and look like they are enjoying themselves are naturally charismatic. They have a joy of life that shows through and is hugely attractive. When they show pleasure in their experiences, or in what team members are telling them, it’s hard not to infect others with the positive experience they seem to be having.

2. BE A BETTER, MORE ATTENTIVE, AND EMPATHETIC LISTENER

Sometimes the act of listening is inspirational in itself. Listening makes employees feel valued and heard, a key factor in motivation levels. No leader can be affective without being a good listener – but good listening isn’t just about understanding what’s being said… it is about whether you make people feel like they’ve been listened to. Here’s where your active listening skills kick in.
Active listening enables you to pick up on good ideas, create goodwill and form an environment where people can speak up without fear of repercussions. You may not agree with them, but if they feel you’ve really understood them, they’ll be more likely to listen to why you’re not going to act on what they’ve suggested. By listening to them and showing them that you respect their views and understand their point of view, even though you disagree, you earn the right to be heard.
No leader can be affective without listening. Listening is part of the process of decision-making, of developing and maintaining relationships, of problem-solving, of influencing, of driving change and of so many other aspects of leadership.

Everybody wants to be respected: as human beings and for our achievements. The first kind of respect is owed to everybody, and should be given freely to everyone, equally. The second form of respect is earned, when people perform well or behave in valuable ways. These positive behaviours deserve to be recognised, frequently. Sadly, employees feel that their bosses do not give either type of respect enough.
The result is highly demotivated people, who feel that their bosses treat them unfairly, and fail to recognize effort when it is given. Nothing is more demotivating, and more likely to cause disengagement and poor performance. A lack of respect can have devastating consequences.

Being praised always makes us feel good. However, that praise must be earned, and it must be specific. Too few leaders give enough praise, even though positive feedback is the breakfast of champions. Don’t fall into the trap of being quick to criticise and slow to praise.
For more than 30 years now, I’ve been coaching the leaders I work with to praise their people more. It’s been hard work, because so many of those leaders have found it hard to find things to give praise about or struggle to find the right words. I can only deduce that it is because they all possessed the quality of being driven people, which meant that they thought nothing was ever good enough and everything could be improved. It was that drive that made them leaders but made it equally hard for them to find things to recognise and praise. They were too busy finding the things that could be improved.
Most managers believe they’re more effective when they give criticism and vastly underestimate the power of positive reinforcement. Ask an employee how they feel, however, and they’ll say that too much negative feedback diminishes a leader in their eyes. Bosses who respect them, recognise them and encourage them are the ones they will always rate the highest.

Charismatic leaders know that relationships are the engines of success, so they are inclusive, they encourage diversity, and actively seek involvement from all members of the team. They even involve customers and suppliers, knowing that diversity of thinking leads to more creativity and to better results.
Inherently, we know that inclusivity is a good thing. However, I don’t believe we always understand that inclusivity has many dimensions to it. At its most basic level, it is about including every individual who is a member of a team and giving them a sense of belonging and equality, no matter their age, ethnicity, nationality, religion or gender. Inclusivity is about a team of very different but equal people sharing ideas and throwing down challenges because they feel safe and included and encouraged to do so.
Inclusivity is about including people in leadership itself. Good leaders create a brilliant team of followers. Great leaders – charismatic leaders – create around them a team of leaders.